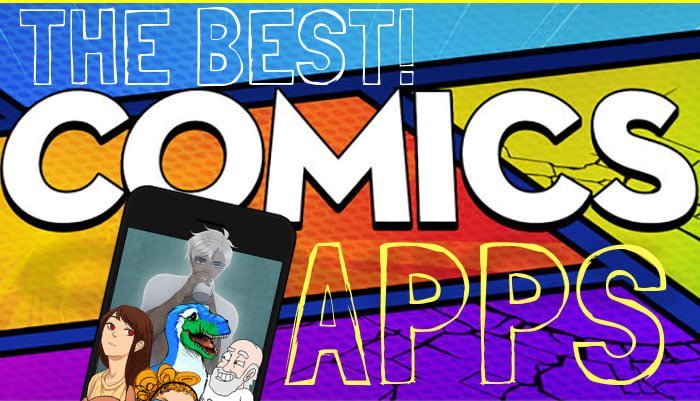 We can do virtually everything on our smartphone and tablet devices these days, and there is something for everyone to enjoy. The world of comics, cartoons, and anime culture is enormously famous and always evolving. For instance, rather than requiring a physical comic book in your hand, comics are now available digitally instead. Also, some folk enjoys building their electronic collections. That means that the use of comic reader apps has grown. There are also other apps that will help you to create your own impressive comic works or stream anime on the web.

The portability of Android devices means you can now have this whole arena at your fingertips. It is a great way of having instant access to a huge number of offerings as well as keeping in touch with all the latest. The Google Play Store is flooded with comic and anime apps. So if this subject is something that interests you, there are many apps that you will get a lot of pleasure from. However, like most topics, there is a fair share of these apps that are not so good and worth keeping away from.

Because of this, we have done the legwork and have put together our choice of the best comic and anime apps for Android. Most of these recommended apps are free to use although some contain in-app purchases for extra features and more. Some of the free apps also offer a premium version as a trial period and after which you can choose whether you will upgrade it or not.

These comic and anime apps cover a wide range. So whatever your specific interest, you should find at least one or two that will be excellent options for you.

This app has a whole lot to offer. Whether your preference is Marvel Comics, DC Comics, Image, Manga, or Dark Horse, you will find all of these covered along with plenty of others. The app includes a 30-Day Free Trial of ComiXology Unlimited (for US customers only), which is a subscription service with a library of tons of digital comics, manga, and graphic novels to enjoy. This content includes the likes of Guardians of the Galaxy, Peanuts, Buffy the Vampire Slayer, Attack on Titan, and Saga.

The app acts as a digital comics hub so that you can easily access all of the titles you have on your device or can buy books in-app. Features include SD card support, offline reading, and guided view reading which is particularly good for small screen use.

Think Netflix for Anime and you won’t go far wrong. Crunchyroll is a legal way of watching the latest anime episodes as well as prior seasons of your favorites, with 25,000+ episodes and 15,000+ hours worth to choose from. Do note that, this free version has limitations but does include a 14-day free trial of the premium membership. The latter offers new episodes immediately after the Japanese TV screenings as well as ad-free watching in HD quality. Some of available content are Blue Exorcist, Hunter X Hunter, Fullmetal Alchemist, Samurai Champloo, and JoJo’s Bizarre Adventure.

We did find this app a bit glitchy from time to time but not enough to deter us from using it. So why not to check it out.

How to Draw Anime – DrawShow

If your focus is on making your own comics and anime, DrawShow is a great drawing app to help you along the way. It covers various anime styles such as American comics, Japanese manga, and European comics. The app is suitable for beginners right through to skilled artists, with guides that cover drafting animations, drawing step-by-step, coloring and more, as well as categories such as figures, animals and many others. Just some of the drawing tools available are pencils, brushes, and lacing pens. Further features include multiple layer support, an assortment of materials, vector zooming, and offline support.

We especially like the community aspect of this app that allows you to engage with other anime fans. Also, you can submit your own creations and the best on the monthly billboard can get prizes. The tutorials are available from both professional artists and fan-art enthusiasts. There is also a special billboard for those new to DrawShow.

This is a brilliant comic reader app which is well suited for those who want to be able to manage their catalog. It is packed with features and includes support for formats e.g. CBZ, CBR, PDF, CB7, CBT, Zip, Rar, 7z and more. The app makes it simple and quick to build your catalog in one handy place. It scans your device and all of your comics are collected on a virtual bookshelf from different sources. These include your device storage, SD card, cloud, and download folder.

Comicat has an appealing UI, multiple themes for its bookshelf, password protection, multiple view modes, gesture controls, image enhancer, and plenty more to admire. Although it is a paid app, the developers state that it will have lifelong free updates with further improvements and fresh features.

WebComics bills itself as an “online gathering place for comics and manga”, with genres that include action comics, fantasy comics, horror, comedy, and BL comics among others. It is a licensed comic reading platform with 1080p HD comic strips. It also offers community and comments so that you can engage with other fans, share your ideas and creations, and keep in touch with all of the latest developments. We found the app offered very speedy loading and as a bonus, there are new chapters released every day. Although in-app purchases are available, there is plenty to enjoy without having to splash your cash.

Over recent years, comic and anime culture has become increasingly popular and the attention is not probably going to fade away any time soon. Our pick of the best comic and anime apps for Android offers just a small selection of the large variety available. With this in mind, we have tried to include different aspects such as reading, watching, and creating in order to appeal to a wide variety of enthusiasts. Do remember that new comic and anime apps are continually arriving on the Google Play Store. So if you spot a new one that you feel is worth mentioning, drop us a comment in the usual way.