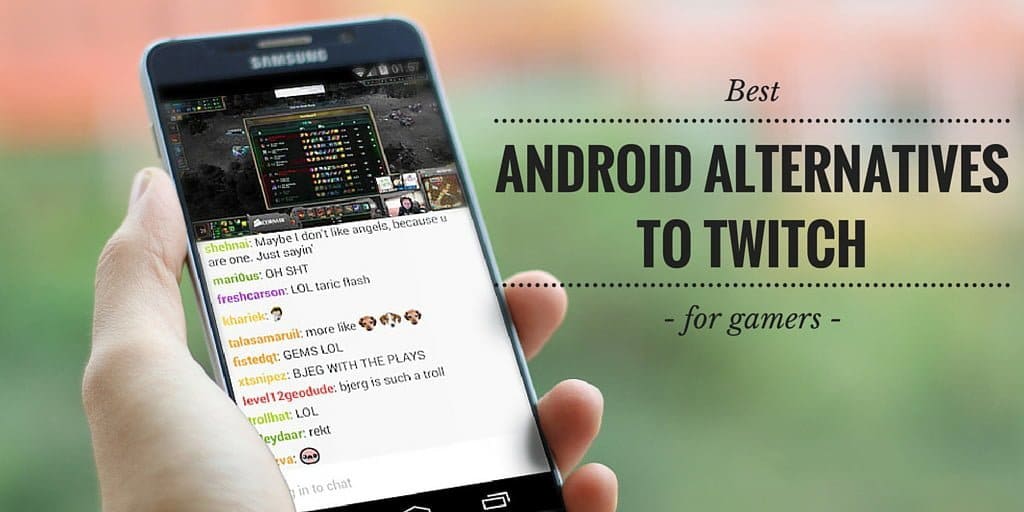 If you’re looking for a twitch alternative to showcase and stream your gaming prowess, these could be ideal.

Beam is considered one of the best alternatives to Twitch. This is because it offers a compelling user interface with interactive live streaming. The other good thing with twitch is that broadcasters can broadcast to an unlimited number of viewers on several stream options while giving them optimal satisfaction. Beam developers designed the platform with several other useful features that come in handy for broadcasters and also enables them (broadcasters) to interact with their viewers.

Beam is also compatible with most mobile devices, which again allows gamers to create or even view streams directly from their mobile phones.  In addition to mobile support, Beam is considered among the fastest live streaming software you will come across, offering less than a second delay in live streams. One of the reasons why beam is highly usable and fast is because it is built on the HTML5 platform. This means you never have to install RAM-intensive plugins such as flash players to be able to stream or use it. The platform also uses the VP8 encoding protocol that provides better bandwidth management. Unlike with Twitch there is no affiliate program yet for Beam, though you’ve to be Twitch verified to benefit on the platform from such a program according to SMVT.

HitBox is the attractive alternative to Twitch. This is because it provides a highly interactive environment and relatively easy to use. So you know, HitBox is owned by Hitbox Entertainment GmbH of Vienna. Gamers looking for a vast audience base fast will find HitBox the best go-to option.

The secret behind Hitbox’s success lies with its website that has been built and developed with HTML5 and JavaScript integration. In other words, the platform is simply designed to enhance a gamer’s streaming experience. Most players and aspiring gamers use HitBox as their preferred streaming option. For this reason, HitBox has a vast user base with many streamers, viewers, tournament organizers, and partners using the platform. HitBox provides a tailored feature set that enables both the streamers and audiences get the best from the platform. Streamers and viewers therefore have more options on which they can use to optimize their experience as well as stay connected.

YouTube Gaming is considered the largest and most active gaming platform connecting millions of gamers, players, and cultures with the primary aim of providing entertainment. YouTube Gaming makes it easy for users to share content easily, supports the chat feature (on live streams). The chat feature allows broadcasters to check the interests of their viewers, while at the same time enabling viewers review activities in one-to-one communication. The platform has also made it easier for audiences to search for their favorite gaming streams, and broadcasters to build a viewer base. Broadcasters can simply use YouTube Gaming to attract more viewers to their live streams.

Examples of gaming live streams you will find on this platform include League of Legends, Call of Duty, Minecraft, Grand Theft Auto, and millions of other fascinating games. YouTube gaming enables users to turn notifications on for new game updates and feeds based on personal interests. The platform also provides viewers with an impressive gaming content with more than 25000 gaming streams available.

Azubu.tv is a classic alternative to twitch and ranked highly among professional gamers.  Aside from supporting live gaming streams, the platform has active support for sports events, making it an exciting option for viewers. The platform uses advanced tools that enable broadcasters to stat online, hence enabling the streaming community to have an opportunity to build their streaming career. This platform also allows players, organizations, and gamers to interact actively thus making it easier for one to learn from experienced users.

Azubu.tv also provides broadcasters with superior live streaming technology, powerful chat casting capabilities, and a unique toolset. The platform is however popularly known for League of Legends live streams – users can however stream other popular games (World of Tanks, StarCraft ii, Battlefield 4, etc.) on the platform as well.

Azubu released a software/feature update that enables users to access the platform from their mobile devices. The mobile app makes it possible for broadcasters to provide a healthy connection with their audiences. The app also supports Emoji Tokenization hence a lot more fun to use.