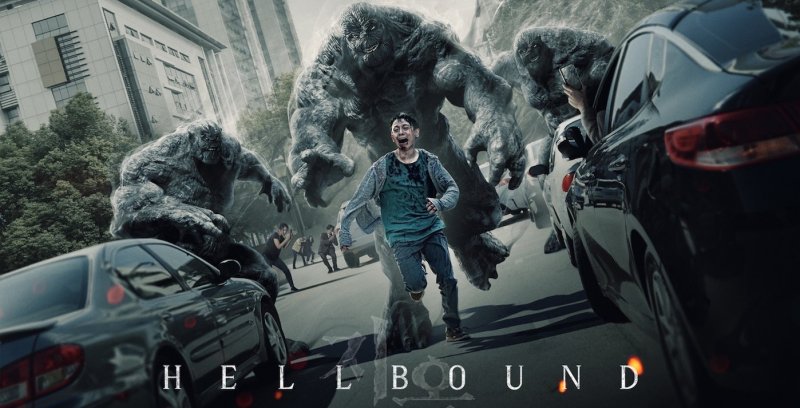 Hellbound (Jiok/지옥) is a South Korean dark fantasy streaming TV series directed by Yeon Sang-ho, based on his own webtoon of the same name. The series is an original Netflix release about supernatural beings appearing out of nowhere to condemn people to Hell, starring Yoo Ah-in, Kim Hyun-joo, Park Jeong-min, Won Jin-ah, and Yang Ik-june.

Hellbound (Jiok/지옥) is a story about otherworldly beings who appear out of nowhere to issue a decree and condemn individuals to hell. These supernatural events cause great mayhem and enable the religious group The New Truth to grow in influence. A few people, however, become suspicious about its activities and begin investigating its involvement in mysterious events.

Note: This version of the series includes 2 audio options: Korean and English. Furthermore, subtitles are included in 18 different languages. You just need to switch the audio or turn on the subtitles in your player in any language you want.